After the Local Cartoonists panel that took place at the 2012 Olympia Comics Festival, I decided to compile a list of pointers and resources for people who are new to putting their comics out there. This post is aimed at those who already understand how to make a comic (how to write a story, how to draw pictures in sequence, how to color and add in word balloons, etc). Here I’ll explain the different things you can do with that comic once it’s done, and how!

STEP ONE: Decide whether or not you want to show anyone your comics!

A lot of people will tell you that you should show your comics to everyone and anyone, but that doesn’t mean that you have to. Sometimes comics are just another way to express yourself and your feelings creatively. If the comics you make are about private matters you’d rather not share, that’s perfectly okay! You can turn around now, satisfied purely by the act of creating. If you’re not satisfied and are dying to share your creations with the world, keep reading.

STEP TWO: Decide whether you want physical, printed copies of your comic OR you just want to post it online!

You can always do both (put your comics online and print them out), but I will give a separate explanation on how to do each one. Before all that, though, let’s look at a list of pros and cons to both options.

These are just a few examples of helpful considerations when deciding how to put your comics out there. A lot will depend on why you want people to read your comics as well. Some of the pros and cons were money-centered, but it’s okay not to care about making money with your comics. It’s also okay to want money for your comics – they’re a source of entertainment that you worked hard to make, possibly with others already in mind. I find that choosing both – posting comics online as advertisement to build a fanbase and printing book versions to sell to fans who want a physical copy as well – is the best option at the time of this writing, but your mileage may vary.

STEP THREE: Take advantage of these extra readings and resources to get you started down the path you’ve chosen!

Check out P.’s Kickstarter campaign “to produce a set of illustrated trading cards featuring people from the history of the Greater Olympia / Thurston County area!” 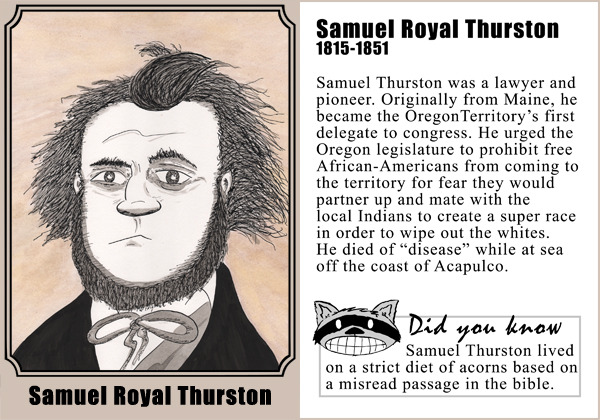 Big thanks to everyone who visited our table and supported the collective at the Olympia Comics Fest today! Thanks also to everyone who came to the Local Artists panel to hear Zoey, Tucker, Chelsea, and I share our experiences with this awesome medium!

Join us in Downtown Olympia, WA, this Saturday for the Olympia Comics Festival! There will be comics! And prints! Posters! More! MORE MORE MORE!

The collective will be displaying loads of new art work down at Danger Room Comics in downtown Oly this weekend – please do stop by!

EDIT: The class has been postponed to better spread the word – keep an eye out for updates!

Let Chelsea Baker teach you how to effectively convey stories and ideas by pairing words with pictures. Chelsea has a BA in Comics and Sequential Art and has taught comics workshops for over five years. In this program, students will learn how to structure images and writing to fit a multi-panel format. Materials include bristol board (or any available paper) and a non-photo blue pencil. Students are encouraged to experiment with a variety of pens, brushes, and inks to finalize their work. As a group, the class will select works by each student to be published in a class zine.

***Prospective students are encouraged to attend a free informational meeting on Tuesday, February 14th. Drop by anytime between 4-5 P.M. to ask questions, meet the instructor, and have the opportunity to test-drive a variety of pens and brushes.

In accordance with the poll we conducted earlier this year, the theme (and title) for the next Olympia Cartoonists Anthology is PIRATE RADIO!

END_OF_DOCUMENT_TOKEN_TO_BE_REPLACED

Three exciting updates on some of our local cartoonists here in Oly!

First up, P. Calavara is running a Kickstarter campaign to raise funds for his own serigraphy studio and a series of alphabet themed fine art prints! Check out the video below for a look into this cool project. The campaign is 58% funded with only 9 days left to go. For those of you unfamiliar with how Kickstarter works, all pledgers receive incentives related to the project (often a copy of the project itself), but if the financial goal isn’t met by the deadline, nobody gets charged and the campaigner goes back to zero!! Let’s help out our fellow cartoonists by showing our support for independent book projects locally!

Next up, the highly lauded and long-awaited Womanthology: Heroic from IDW is now available for pre-order! Local creator Joamette Gil (whose work is featured in the anthology) urges everyone who’d like to buy a copy of the massive, all-female comics anthology to pre-order before November 24th through Danger Room Comics, the collective’s biggest supporter, using NOV Previews item code NOV110296! Here is part of the massive preview released featuring a page from “Margarite and Leopold” written by Joamette and drawn by Katie Shanahan.

Last but certainly not least, our own Tucker Rzepecki has graced the world with the first full issue of Jack Butchman, Professional Man of Action!  You may already remember Jack and his boy sidekick Billy from Frontiers: An Olympia Cartoonist Anthology. You can pick up their brand-new adventures at Danger Room Comics or order them online via IndyPlanet.com!

From the Danger Room: Kagan McLeod Today from 3pm – 6pm!

Today (Saturday, the 19th) from 3-6 pm, we are very proud to be hosting an appearance by cartoonist Kagan McLeod!
Kagan is most well-known for his opus Infinite Kung Fu, which is the top-selling periodical comic in the history of our store!  The series has finally been collected in book format by Top Shelf Comix with hundreds of new pages of story added and/or re-worked.  McLeod is also known for his covers on the IDW Publishing series Kill Shakespeare, for his amazing History of Rap poster (currently available for purchase at Danger Room), and for his illustration work which has appeared in Hollywood Reporter, Juxtapoz, Family Circle, and more.
In typical Danger Room fashion, we plan this to be more than a simple “stand in line, get the autograph, move along” type of event.  We will also be chatting with Kagan and taking some Q&A, and Kagan has told us he’s happy to do sketches (for folks who ask nicely).
So come down, should be a good time!
Video interview with McLeod discussing Infintie Kung Fu and History of Rap: http://www.youtube.com/watch?v=_2sJY2CeWQw